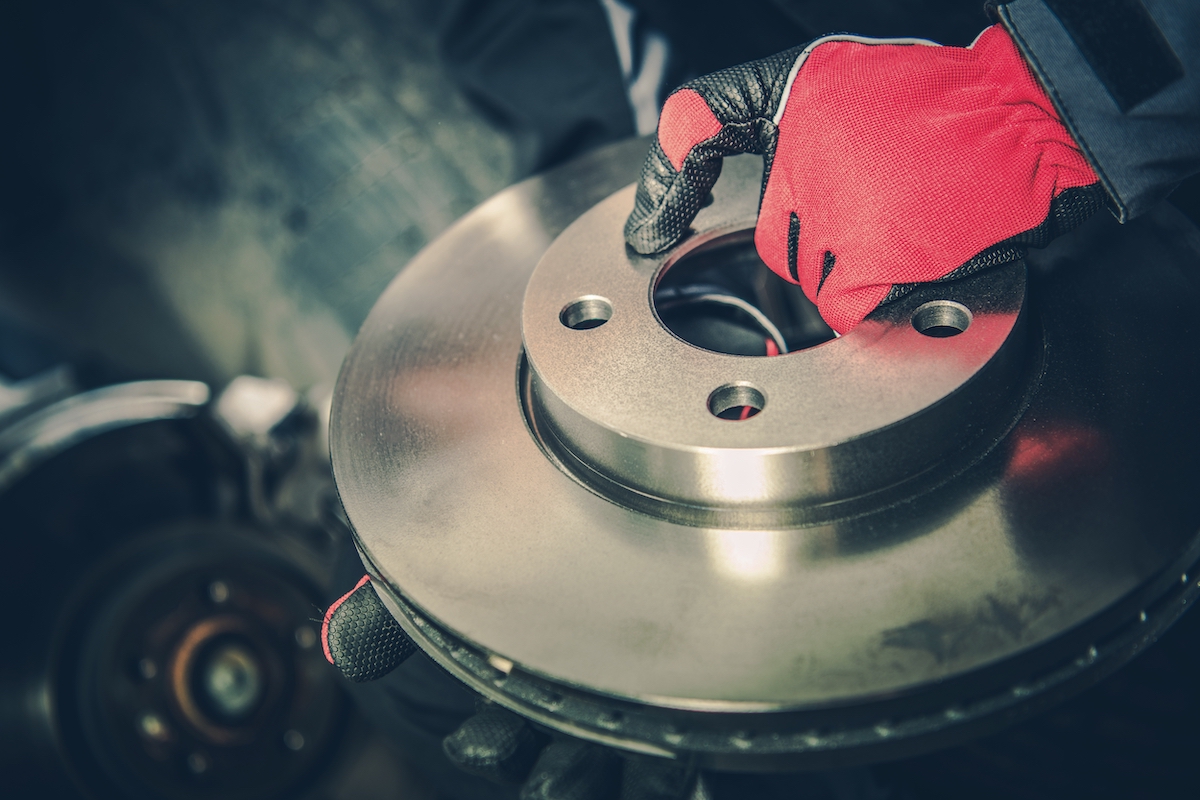 Monitoring of quality characteristics in components and brake systems

The brake disc has a significant influence on the noise behavior of the brake system. Based on its material and construction-related properties, a brake disc shows some physical effects that must be taken into account for the reproducible monitoring of the resonance frequencies and their damping values.

In recent years, many automobile manufacturers have optimized the behavior of brake systems through material and design modifications. In addition to function and weight, the focus is also on the noise generated during braking. The aim is to minimize background noise in the vehicle interior. This topic reaches a new dimension in the field of electromobility, as electric vehicles have a significantly lower overall noise level than conventional vehicles.
Component-specific resonance frequencies are currently being monitored in the series production of brake components for quality monitoring when it comes to noise development. In addition to the resonance frequency itself, however, its damping behavior also plays a very important role in the development of noise. A high level of damping offers significantly less potential for noise development during braking.
In practice, the damping behavior is currently only examined in the development and prototype phase. Monitoring the damping behavior of critical resonance frequencies in series production enables significantly improved quality monitoring.

Detection of the resonance
Resonance frequencies are the fingerprint of a component. They do not change under comparable conditions and can be measured reproducibly.
To determine the resonance frequencies, acoustic resonance analysis is used, which uses the physical effect that a component that is excited to vibrate vibrates at its natural frequencies.
A brake disc exhibits many resonance frequencies that occur in certain component areas depending on the type of vibration, for example on the friction ring or on the pot. When it comes to the noise development during braking, it is mainly the modes of vibration on the friction ring that are relevant. They are used as a test feature for quality monitoring. These frequencies are usually in the range from 500 to 5000 Hertz.
The resonance frequencies and the associated waveforms have only been calculated theoretically in the development phase using the finite element method (FEM). However, the attenuation of a frequency can only be determined experimentally. For this reason, extensive laboratory measurements are carried out on the component itself in the prototype phase and then under dynamic conditions in the installed state.
Resonance frequencies are influenced by manufacturing and material tolerances. Due to the design and construction, there are areas in which some resonance frequencies are very close to each other or can overlap. In the case of series monitoring, it is therefore important to select test features that can be clearly detected and reliably evaluated, also taking into account the permissible tolerances.

Damping behavior
An acoustic signal contains all excited resonance frequencies of the component, each of which has an individual damping behavior. In order to be able to evaluate the frequencies individually, they are calculated from the time signal. The aim is to determine the value of the lowest damping for the relevant resonance frequencies.
This is more complex with brake disks than with other types of components. In particular, the waveforms on the friction ring of a brake disc show systematic changes in the area of ​​frequency and damping values. Depending on the measuring point, the measured values ​​for the same test feature can vary greatly.
In practice, systems have proven themselves that allow multiple automatic excitation at different measuring points on the circumference of the brake disc, also in order to minimize the effects of manual interventions. In combination with suitable mathematical algorithms, the value of the minimum damping for the relevant waveforms can be calculated from the recorded measured values. If necessary, a total value for the pane can also be output as a quality indicator.
In this way, the damping of a resonance frequency can also be determined and monitored as a feature in the series production of brake discs. Despite all the complexity, it must be ensured that the approach is practical and robust, and that the corresponding test systems are designed to be user-friendly.

Our experts are happy to provide advice and hands-on support. Call us right away.